The uncommon is Sheila Gallagher’s norm 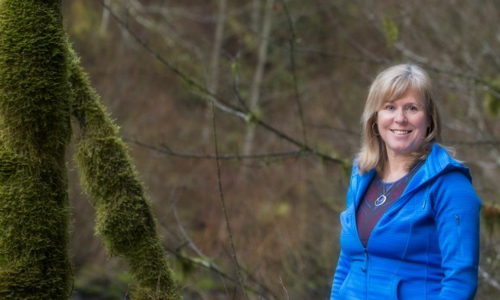 In high school she played on the boys’ soccer team. She entered Lewis & Clark after completing the 11th grade. She worked her way to the executive ranks in a Fortune 100 company without having an M.B.A. or a background in business, management, or finance. She retired from the corporate world at the height of her success to pursue her passion for volunteerism and community service and to determine the next chapter of her professional career.

An English major who wrote for the Pioneer Log and lettered in soccer each of her four years, Sheila graduated in 1985 with a B.A. and what she calls “impactful skills.”

“Being on a team and playing at a high level shaped me for the corporate world,” she says. “And my ability to think critically and creatively allowed me to thrive as a non-traditional executive. I wasn’t aware of the ‘business rules,’ so I could break them, make new ones up, or simply go with no rules.

“At Lewis & Clark we were encouraged to push the boundaries as long as we accepted responsibility for the consequences. That lesson has taken me far in life. L&C didn’t simply teach us to challenge and complain but to challenge and then lead the change, to be a part of the solution.”

To help pay her college costs, she worked part-time every semester and full-time during summers. In 2011 she established the Sheila A. Gallagher Endowed Scholarship to help students focus on academics rather than finances. It’s also in honor of her grandmothers who encouraged her to stay in school and helped cover some of her living expenses.

She will strengthen the scholarship through a bequest in her will, noting, “Financial support made a big difference for me, and now I am doing the same thing for students through strategic giving.”